I feel like this entire holiday season has been filled with turkey. After roasting and frying two free work turkeys, the leftovers were staggering despite inviting several friends over to share in the spread. 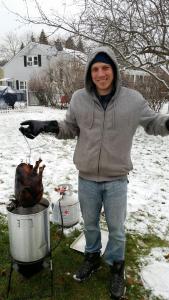 Our dog is still enjoying the fried turkey, the oil from which apparently remains in trace quantities in our backyard. And if anyone is going to track down a small drop of fried turkey oil, it’s Madison. 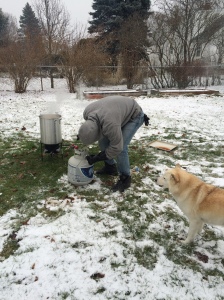 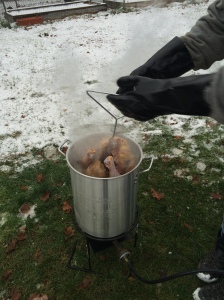 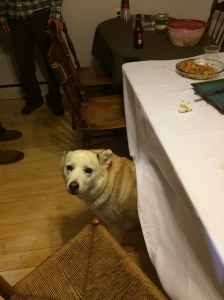 We were left with so much food that the obvious solution is throwing it into a giant soup. I can’t take credit for this dish though. Mike has a knack for randomly deciding to make dinner and busting out an amazing recipe. This soup he made on a chilly day last week is definitely blog-worthy, although he wasn’t used to having to keep track of every shake of the spice bottle. 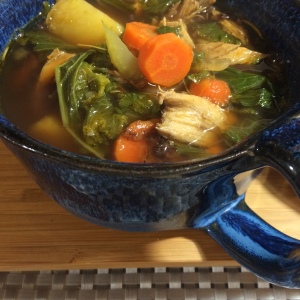 Soups have the advantage of being filling and giving you tons of leftovers, which was great in the midst of the holidays when I felt like the last thing I had time for was cooking.

Whether you have leftovers or not, this dish is doable with any combination of ingredients, and with our without meat. 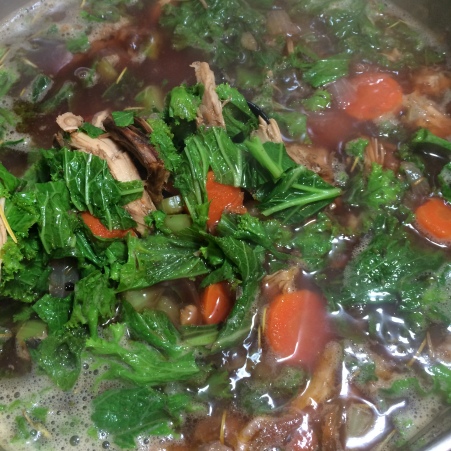 In a large skillet heated on medium with oil, add carrots and celery and cover, cooking until just softened.

Add garlic and onion and cook until onion is soft and translucent. 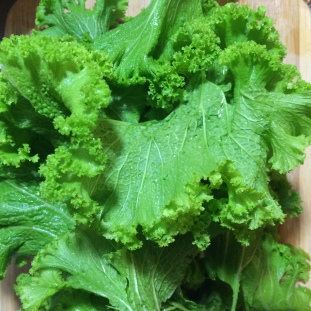 In a large soup pot, bring broth to a boil and add the yams, cooking for about 5 minutes.

Turn the soup pot heat down to a simmer and add the carrots, celery, onion and mustard greens to the pot.

Stir and continue heating for about 10 minutes or until all veggies are soft and mustard greens are limp and reduced.

Serve with bread of choice for dipping – we used pretzel bread rolls from our local food store. Delish!

Pro Tip: As I said, you can add anything to this dish that you have lying around. It would be great with other greens like bok choy, spinach or kale, and other veggies like sweet potatoes or turnips. 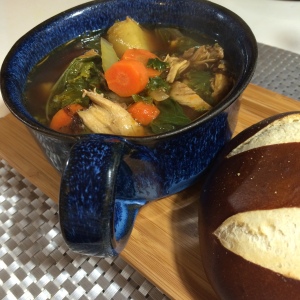