If a mushroom is stuffed with stuffing, is it redundant to call it a stuffing stuffed mushroom? 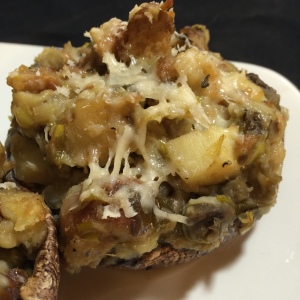 Say that 5 times fast! Either way, the real point here is that stuffing is one of the greatest foods served at the Thanksgiving table. I know I have my whole affinity for squash thing going on, but it’s basically trumped by stuffing.  Stuffing is always flavorful and goes so well with all the other foods on your plate – especially the turkey. Even the name stuffing just makes me love it that much more.

Stuffing is mostly always served in a big bowl, but for the purpose of my 5-day Thanksgiving meal extravaganza (I’m calling it that now, by the way) I wanted to come up with something that would act as more of an appetizer, and be friendly to those traveling who want to bring something unique that can be easily heated up. 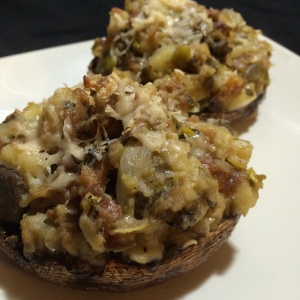 This dish is a fun twist on the classic stuffing in a bowl. And it’s really easy to make. It may look like a staggering amount of ingredients but it’s actually very simple. It does include a homemade vegetable broth so you could always make things easier on yourself and use a store-bought kind. There’s 4 ingredients off the list right there!

And this recipe has some great vegetables in it that add amazing flavors so you don’t need to add spices outside of a pinch of salt and pepper. 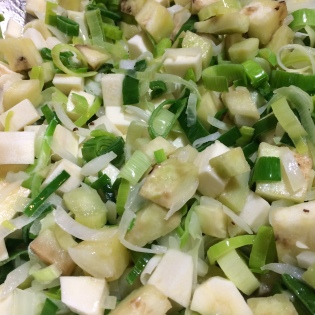 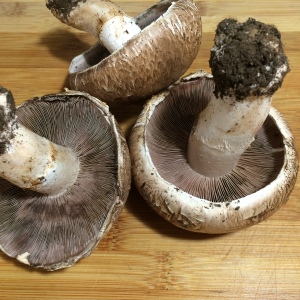 In a large saucepan, bring 6 cups of water to a boil. This is for your vegetable broth. Once the water is boiling, add the leek that is cut in half, the 1/2 tomato, the in-tact onion half and the jalapeno and boil until the vegetables are soft and the water is colored with vegetable leavings.

In a very large skillet, melt the butter. Once melted, add the parsnips and let them simmer in the butter for about 2 minutes.

Then, add the leeks, onion, garlic, eggplant and a pinch of salt and pepper (no more than 1/4 tsp each) and cook, covered, on a low-medium heat for about 10 minutes or until all the vegetables are soft.

Add 1 cup of the vegetable broth, cover and simmer for 10 minutes or until the broth has been absorbed.

Slice the bread into 1-inch cubes and lay them in the bottom of a casserole dish.

Sprinkle the sage and rosemary over the bread.

Then, pour the vegetable mixture over the bread as well. Spread it out so it evenly covers the bread. 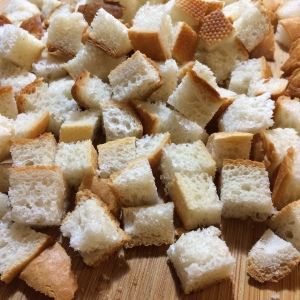 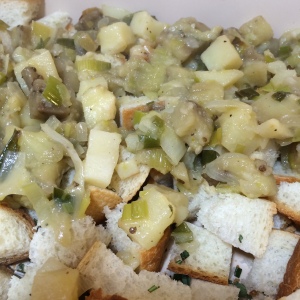 Pour the remaining cup of vegetable broth over everything, gently pushing aside the vegetable mixture to allow the broth to work through to the bread and the bottom of the casserole dish.

While the stuffing is baking, gently clean any dirt off your mushrooms.

Slice off the stems and gently dig out the gill-like material on the underside of the mushroom caps. 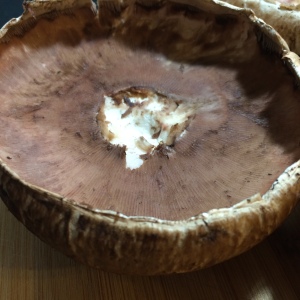 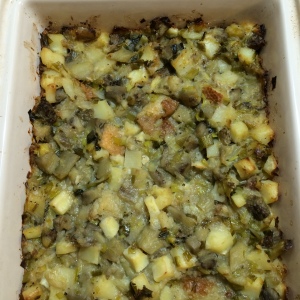 Place the hollowed-out mushrooms cap-side down in a baking dish and bake them in the oven (also at 350F) for about 10 minutes or until they begin to look slightly droopy or wilted. A small amount of liquid might appear inside the caps – this is a good way to know you need to remove them from the oven.

Once the stuffing is done, add a generous scoop of stuffing to each mushroom cap.

Top each with a tablespoon of cheese and place back in the oven for about 5 minutes or until the cheese is melted. 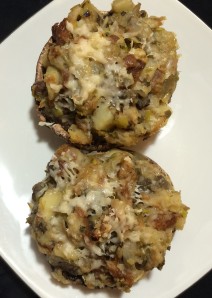 These make for a gorgeous presentation lined up on a serving tray. I hope you enjoy them as much as Mike and I did!

Pro-Tip: Try to pick out portobello mushrooms that have high sides so they’re more cup-shaped instead of flat. These will maintain their shape a lot better after being heated up and make it easier to stuff them. 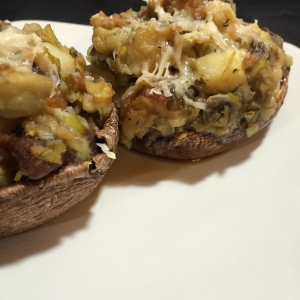 Join 75 other subscribers
Follow A CoLoRfUl PaLaTe on WordPress.com